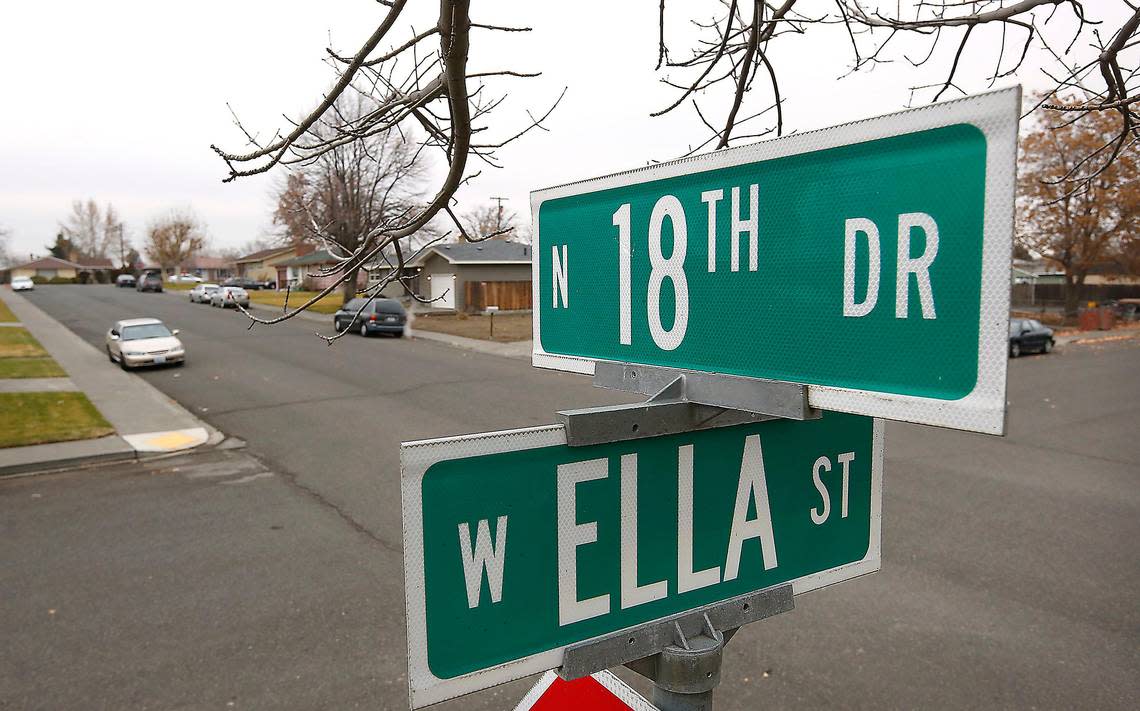 A Pasco police officer’s two shots that killed a man in 2019 saved his life and the lives of his two fellow officers, according to Franklin County Prosecutor Shawn Sant.

Sant ruled Pasco police officers did not break the law when they attempted to arrest Alejandro Bentancourt-Mendoza, 18, turned into a melee that ended with the teen dead, two officers seriously hurt, and his cousin behind bars.

On Friday afternoon, the prosecutor sent out a 10-page release explaining his decision on the Dec. 14, 2019 shooting at 2100 block of North 18th Drive in Pasco.

“Officer (Ben) Boykin’s use of deadly force was reasonable and justified under the circumstances in this case and prevented the loss of life to himself and his fellow officers,” Sant wrote.

When Boykin fired the fatal shots, an artery in his arm had been cut, and Bentancourt-Mendoza had cut Peoples’ face.

Sant put much of the blame on the situation Martin Mendoza’s attempt to free his cousinand on Bentancourt-Mendoza’s choice to attack officers with the knife.

The shooting was the first one caught on video using the department’s body camera system.

While the system is not perfect, Sant said it was a significant help in providing additional information about what happened.

In this case, the cameras were limited because everything was happening quickly in a poorly lit area. In some cases, detectives needed to analyze some of the video frame by frame.

“They are not a replacement for people getting involved,” Sant told the Herald. “If you are a witness, we need you as part of that investigation.”

Sant’s decision was delayed by a number of factors. In this case. Martin Mendoza, was facing charges connected to the melee. He pleaded guilty to second-degree manslaughter and three counts of third-degree assault in 2021, and is serving a four-year prison sentence.

Additionally, in the past year the prosecutor’s office has been down several attorneys and seen an increase in the number of cases it has handled.

Pasco police Officers Ben Boykin, Kierra Peoples and Jason Griffin arrived at the home on 18th Drive after a 12-year-old girl called 911 to report her uncle was stealing cellphones out of the house.

The three officers arrived shortly after 8 pm and Peoples met the caller who was waiting in a car outside the house.

A short time later, Betancourt-Mendoza walked into the back door of the home and into the dining room area. Family members identified him as the one who had stolen the phones.

Shortly after he walked into the house, officers were talking with him. According to officers and the cameras, Betancourt-Mendoza kept putting his hands near a tactical folding-style knife that was clipped to his pocket.

When Griffin tried to take the knife away from the teen, Bentancourt-Mendoza started to resist. According to witness statements, Griffin threw the teen against the wall and then brought him down to the ground. Boykin and Peoples joined him as they struggled to get him under control.

The three officers almost had Betancourt-Mendoza under control when Martin Mendoza, the 18-year-old’s cousin, decided to enter the fray.

According to witnesses, the then 24-year-old man charged out of his room, past family members who tried to stop him, and into the living room where he headed towards Griffin.

This set off a chain reaction of events that would end with two officers wounded and his cousin dead.

Griffin told investigators that he saw Martin Mendoza heading straight for him and let go of the teen as the other man grabbed him by the bulletproof vest..

Mendoza yelled at the officers as he went for Griffin, according to documents.

As he started struggling with the other man, Boykin joined in, leaving Peoples alone on Betancourt-Mendoza.

People didn’t have enough weight to keep Betancourt-Mendoza pinned on the floor and he threw her off and pulled out his knife, according to Sant’s report. He cut Boykin several times, including once where he cut deep into his arm.

At this point, Peoples managed to wrestle him back to the floor. He was on his back cutting and stabbing Peoples in the face.

Boykin pulled out his gun, yelled a warning to Bentancourt-Mendoza, and then came within a foot of him before shooting the teen twice in the chest. After the shots, the teen drops the knife.

Griffin was still fighting with Martin Mendoza when Boykin fired the shots, Sant said. After the shooting happened, family members can be heard yelling at Martin Mendoza to stop fighting.

As other officers are arriving, Peoples put a tourniquet on Boykin’s arm and drove them both to Lourdes hospital in Pasco, where they were treated.

Boykin needed emergency surgery to treat his wound, and Peoples needed stitches to close the two wounds on her face. She later suffered severe swelling and an infection.

“After the shooting, Martin can be heard telling officers he was ‘sorry’ for his actions,” Sant said. “Martin indicated he was trying to protect his cousin.”

Mendoza said he was trying to stop his cousin from going back to jail.